To always be informed about us

Welcome to the Connected Factory Age

Theodorou Group developed the Tracer Factory application suite, with the aim of meeting the need of factories for monitoring, control and quality assurance, productivity and safety in the production area in real time. It achieves this, having the advantage of communicating with the rest of the information systems of the factory, but mainly having the ability to connect and communicate with a wide range of production equipment located in the shop floor.

The suite belongs to the MES (Manufacturing Execution System) software family and has been developed, with the most modern tools, with the aim of adapting it to the needs of each production. The main functionalities are:

In the consumer products company had just been installed by the Zenon company of the Theodorou Group, an end of line full automation system for management of the five production lines. The solution included the handling of products from the production machines, the smart sorting using cameras, based on production and sales orders, thus ensuring uninterrupted proper operation and the smart delivery of pallets in very short times.

Practically, the goal of the company was the complete automation of the necessary processes, so that the ERP information for on production order and sales order production, reaches the label of the final product pallet, with the least possible human intervention, as well as the information of the warehouse for the final products that are ready to be sent to customers.

A wide range of Tracer Factory application suite modules was used to meet the need. The five stages that characterize the solution are:

In any modern organization, ERP stores a large amount of information that can be used in production. In this application, there was an ERP interconnection with the Tracer Factory and automatic updating of the item file, production recipes, etc. In addition, the production orders associated with sales orders, update the Tracer Factory daily.

The above elements appear in a state-of-the-art web interface and from there they are further managed. In addition, in the same user-friendly interface all the necessary configurations required in a MES system for the integration of field devices in the system were performed.

Also, through the same environment, automatically registered production orders are prioritized. The order of execution, the prescribed materials as well as the instructions and comments of the planner, are then displayed digitally to the foreman of each line.

With the above actions, the information has been completely managed, which is ready to appear to the foremen of the lines, for the execution of the production.

3. Interconnection with robots and other production equipment

More specifically, the details of the production order are properly imprinted on all levels of packaging of the product produced by automatically updating all the printers involved, while the robot in which the boxes of all five lines end up was also updated, to properly separate the boxes per line and create the finished product pallets according to the correct specifications.

In case of malfunctions, an interconnection was made with the existing PLCs of the lines to lock the respective line or the robot as a whole, to ensure that no mistake will be made during the palletizing of the final products.

With the interconnection of the Tracer Factory with the PLCs of the lines and with the Robot, it was possible to collect all the necessary primary information from the production site. The visualization of the evolution of production orders [meters and status machines in real time] enabled the factory to proceed with immediate remodeling of the program, without waiting for the production report.

At the same time, the factory wanted to have a correct picture of the utilization of the production lines, as well as the workers in them. Thus, the basic productivity measurement index, OEE (Overall Equipment Effectiveness), was implemented and used, with reliable data directly from the line equipment, without the intervention of a human factor.

5. ERP and WMS update and reporting

Upon completion of production and successful marking of each final product palette, ERP and WMS are updated with Reported as Finished products. The physical receipt of the product from the warehouse immediately follows. In this way, the factory never noticed any discrepancies between recorded data, while at the same time all manual data entries in the ERP were removed, resulting in the utilization of human resources in more useful tasks and especially the avoidance of errors during registration.

This project as well as the majority of MES applications have the peculiarity and additional difficulty that many different parts are involved from the factory side, but also many different engineering specialties from the integrator side.

The installation of the application proceeded smoothly with the continuous well-intentioned discussion and analysis of the issues that arose throughout the project, with the mood of the factory to embrace the project and integrate it into its daily life, but also from Theodorou Group team, proceeding to immediate and flexible solutions to issues and requests that arose during the development of the project.

The main benefits that the factory is already reaping are summarized as follows: 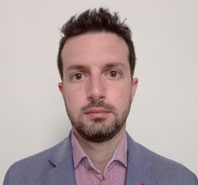 Giannis Maravelias is Consultant Engineer, Production Management Systems in Theodorou Group. He is responsible for digital transformation projects and the application of IoT technologies in industries. He holds a degree in Production and Management Engineering from the Technical University of Crete. He has been a business consultant with experience in process re-engineering.